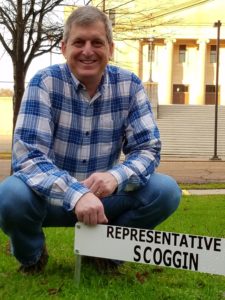 This was the ninth week of the 2019 Legislative Session. The deadline for House committees to report
Senate bills occurred Tuesday at 8 p.m. Any Senate bills that did not make it out of committees died.
Throughout the rest of the week, the House met to discuss bills that survived this deadline.
Representatives passed a number of Senate bills, including the following:
Senate Bill 2161 would amend current law by revising definitions and clarifying qualifications for the
office of the State Medical Examiner and its deputies. A lengthy discussion ensued when opponents of
the bill argued that the bill would not do enough to speed up the already lengthy autopsy process in the
state. Proponents said that the bill would be a step in the right direction for repairing that process. The
bill passed the House 81-31 without changes and is on its way to the Governor.
With the passage of Senate Bill 2043, the fee for a marriage license would increase from $20 to $35.
Currently, circuit clerks also deposit $14 of every fee collected into the Victims of Domestic Violence
Fund. The House Ways and Means Committee proposed an amendment that would increase the
amount deposited into the fund to $24. The amendment was adopted with a voice vote, and the bill
passed as amended by a vote of 96-17.
Under Senate Bill 2827, local public officials’ salaries would increase. These public officials include
chancery and circuit clerks, tax assessors, county supervisors and others. If enacted into law, certain
fees collected by city and county entities would increase to pay for the pay raises. The House
Appropriations Committee introduced a strike-all amendment changing some of the original language of
the bill. The bill passed as amended by a vote of 93-14 and has been sent back to the Senate.
Senate Bill 2864 would revise the current definition of a “covered claim” under the Mississippi Insurance
Guaranty Association Law. The House passed an identical bill earlier in the session (HB 322), so there
was little debate when this was introduced to the House floor. The bill passed with a bipartisan vote of
114-2 and has been sent to Governor Bryant to sign.
All Senate bills approved by the House will be sent back with changes to the Senate for concurrence or
to invite conference.
Legislators honored several Mississippians at the Capitol this week for their personal accomplishments
and positive representation of our state. On Tuesday, we honored the 2018 Alcorn State University
Football Team for winning the 2018 Southwestern Atlantic Conference Championship, their third
championship in the last five years. That same day, we recognized DeSoto County natives Dan and
Daniel Arata and Jesse Wims for representing the State of Mississippi at the 2018 Special OlympicsNational Games. Wims was also recognized for winning four gold medals while competing. On
Wednesday, the House recognized the West Point High School Football Team for winning the MHSAA 5A
State Championship for the third year in a row.

Several groups visited legislators at the Capitol this week, including the Alcorn State University National
Alumni Association; the Mississippi Department of Wildlife, Fisheries, and Parks; the Catfish Farmers of
Mississippi; and the Mississippi Federation of Republican Women.